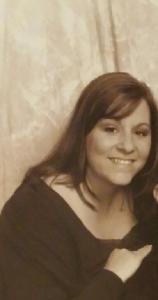 Our names are Joe and Diane Schmitz, and this page is dedicated to our daughter, Paresia Klink. Not only was she our daughter, but also she was a dedicated wife and mother. She also had brothers and sisters whom she loved greatly.

Paresia was born on August 11, 1971 in Trenton, Michigan. She lived in Michigan for most of her life, which is where she met her husband, Paul. Later, she and Paul moved to Dothan, Alabama where she became a 911 operator. Paresia was extremely dedicated to her job and always gave 100% to whatever she did.

She was also an extraordinary mother whose life revolved around her family. When she wasn't working, her time was devoted to her daughter, Rylee; they did everything together. One of their favorite things to do was to go to the beach together.

Some of Paresia's favorite things included golfing with her dad, giving great advice (whether or not you wanted it), spending time with her loved ones, getting her nails done, and listening to Bon Jovi. Paresia was a kind-hearted person who is remembered for her great personality and quick wit.

In addition to having a loving heart and a witty sense of humor, Paresia was a very strong person. In January of 2016, at 44 years old, she was diagnosed with Stage IV, inoperable rectal cancer that had spread to her liver and lymph system. Paresia fought a hard battle with cancer, but throughout all of her struggles, she showed great resilience and kept everyone around her laughing at her hilarious one-liners. On June 22nd, 2016, Paresia passed from this life.

Because of Paresia's courageous battle, we have created this page to honor her memory and raise awareness for rectal colon cancer. We hope that more young people can become aware of this disease so that more cases are caught early and prevented.