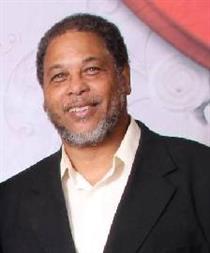 William Townley, Jr. (aka Billy) was a very busy Photographer, Videographer, Web Designer and Teacher. He was also a prominent musician who loved playing his Trombone at various gigs with his buddies. He enjoyed fishing, camping, jazz music and being with his family and friends.

In July 2014, after months of enduring pain (which became severe), in his lower right abdomen, he went to the Emergency room. Many tests were performed and a mass was discovered in his Colon. He had an emergency Colectomy and was later diagnosed with Stage IV Colorectal Cancer at the age of 61. The Cancer had metastasized to his liver and according to his Oncologist, the tumors were too wide spread to be removed surgically.

He was completely surprised to learn he had stage IV Colon Cancer. After healing and recovery, he began Chemotherapy treatment and natural treatments from his Integrative Medicine Doctor (Dr. Sheba Roy) who collaborated with his regular Oncologist.

Unfortunately, William only responded to Chemotherapy for a short time before the medication stopped working. He was then given a new drug for patients no longer responding to Chemo, but due to severe reactions and the high toxicity, he stopped taking the medication. He continued taking the natural cancer fighters and supplements prescribed by his Integrative Oncologist until other options were found. On November 2015, he began visiting the Karmanos Cancer Institute and was placed on a trial study (TAS-114). He completed two rounds of this trial which yielded no change in his condition.

William began a downward spiral with many trips back and forth to the hospital with severe pain, dehydration, lack of appetite and lethargy. On February 19, 2016 large masses were found near his kidney's which were causing very painful pressure in his abdomen. On March 30, 2016 he began radiation treatment to provide pain relief by shrinking the tumors. The Cancer and tumor growth became very aggressive and Williams condition continued to decline. His doctors stated there was nothing else they could offer him in the area of treatment and there were no more options because the cancer was progressing rapidly and out of their control. This was upsetting to William as he wanted to continue fighting!

Our family didn't give up hope and took him for a 2nd opinion with Dr. Clearance Vaughn in Southfield, MI. At the time of his visit, his Liver was 70% affected by the cancer on only functioning at 30%. Treating him with more Chemo would have been very risky so we opted out due to Williams advanced disease and failing condition.

In October 2015, William had the pleasure of being the recipient of a scholarship to attend the Colon Cancer Alliance Conference in Arizona which included his Hotel stay and Air travel. He thoroughly enjoyed the trip, met a lot of people who shared his same story and returned home with a wealth of knowledge about his disease from the conference.

William had been diligently working on a project "10 Who Did" which showcased Cancer survivors and their courageous journey to beat various types of Cancer. Through his illness, he traveled to many states to personally interview survivors. On March 4, 2016, while in Washington DC, William had the opportunity to meet and interview Michael Sapienza, the CEO of the Colon Cancer Alliance, for the project. He also had the pleasure of meeting and interviewing Erika Hanson-Brown about the Colontown Community on Facebook during that trip. The project will be completed in his memory.

On May 16, 2016, William reluctantly entered Hospice care at the Marvin & Betty Danto Center in West Bloomfield, MI. He didn't want to go into hospice instead he wanted to be cured and live! He stated, "I have things to do", "I'm not done yet", "I'm not an old man". Many family and friends visited him from near and far on a daily basis surrounding him with loved. Whatever he needed, whether puffed peppermints, milkshake, bottled water, or a Popsicle - it was provided (now that's love). He was spoiled rotten by all who cared for him.

During the early morning of May 24, 2016, William won his battle with Colon Cancer and earned his Angel Wings. He is now soaring above the clouds.

William loved his family, two children and especially his three granddaughters dearly. When he was first diagnosed, he made the statement, "I'm going to beat this, because I want to attend my babies weddings". He also had a plethora of friends who loved him dearly like a brother.

Please make a donation in memory of William Townley Jr. to help the Colon Cancer Alliance; fund continual research, support families financially and assist their campaign for prevention of this horrible disease.

Please visit http://www.10whodid.org to get a glimpse of Williams project.

"This sickness will not end in death. No, it is for God's glory so that God's Son may be glorified through it." John 11:14

No One Fights Alone!!!