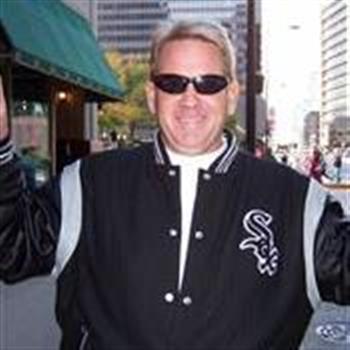 In Loving Memory of Glenn Stewart

Glenn Stewart was born almost 53 years ago in Oak Park, IL to Alexander and Roseanne Stewart. Glenn was a gifted bagpiper who took delight in traveling the world with the Midlothian Scottish Pipe Band. He found friends wherever he went and, profoundly influenced by his time spent in Hawaii, embodied the Aloha Spirit. In his Grant High School yearbook, he was voted “Most Likely to Bail You Out of Jail”, because even at that early age there really wasn’t much Glenn wouldn’t do for the people he cared about. He loved a good laugh and never said no to a crazy adventure, often jokingly lamenting “No one ever believes me, but all my stories are true!”

Glenn loved sharing his life with his dear wife of nearly 21 years, Jeana, his brothers, Alex together with his wife Amber, and Jamieson, and his sister, Michelle Franklin together with her fiance Jason Gibbs. He also enjoyed spending time with his In-laws, John and Penny Guerrieri; and the entire Guerrieri Family.

Glenn was the very proud uncle of seventeen nieces and nephews and one great-niece, and he will be deeply missed by his many aunts, uncles, cousins, and friends across the globe. Glenn was preceded in death by his parents, Rose and Alex, and his faithful pals, Watney and Dougal.

After receiving an unexpected and advanced stage cancer diagnosis, years before he would have normally started the standard colon cancer screening process, Glenn was bravely open about his condition and advocated screening to the people in his life. His initial course of treatment resulted in 5 wonderful years of remission before his cancer returned in an incurable metastasized form.